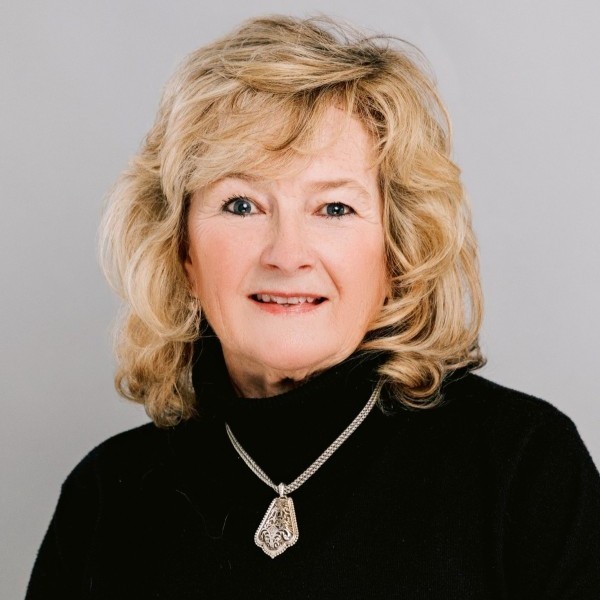 It is with great sorrow that I share that Cheryl Fry recently passed away suddenly and unexpectedly of cardiovascular disease. She was 64. For those of you who didn’t know her, Cheryl was active in the commercial real estate industry for the past 30 years. She spent virtually all of that time as a Real Estate Manager/Site Selector for Carl’s Jr., Wendy’s and most recently El Pollo Loco where she had been for the past 15+ years.

In the mid 90’s, when Cheryl worked for Carl’s Jr., I was her Inland Empire tenant rep broker. We got to know each other well during this time and she became a friend to my wife and kids as well. My kids loved when I saw Cheryl because I would always come home with coupons for free hamburgers and fries. Although our careers took us in different directions, we spoke at least a couple of times per year and tried to meet for lunch at least annually to celebrate one of our birthdays. We also very much enjoyed seeing each other at ICSC and other industry events.

The news of her death was shocking. It caused lots of phones to ring and I have had many conversations with her dear friends, as well as those that knew her more casually. Everyone has talked about how happy she always seemed to be and how much she was an inspiration and bright spot in their lives.

I couldn’t let her passing go without sharing some stories about her and other aspects of this very kind woman that I think all should know.

A Hilarious First Impression: How often do you remember the first time you meet someone? I met Cheryl on a site ride to Primm, Nevada.  We were with Carl Arena, the then Director of Real Estate for Carl’s Jr., and Laura Grace, the Carl’s Jr. Real Estate Manager (who also maintained a friendship with Cheryl for the past 30 years). Laura was transitioning her territory to Cheryl which would include SoCal’s Inland Empire. Sitting in the back seat with this person that I had just met, we approached the agricultural inspection station on the southbound 15 Freeway and when we stopped and the inspector asked Carl, “are you carrying any agricultural products?”, Cheryl looked at me and pointed to her upper torso and loudly said, “nothing except these melons.” Cheryl loved to tell this story especially the part where she says I turned bright red.

She Was a Gifted Site Selector: The site selection process has changed significantly over the past three decades. Today, much of site selection is driven by technology. It is also driven by what I call the “lemming effect” whereby tenants choose to go where others go because they view this as the safer bet. Cheryl liked to thread the needle. She liked to look for where she thought she could locate the most profitable locations.

I have always believed that Cheryl was one of the best in the business at analyzing a site and projecting how well it would perform. Numerous times I would ask her about a site that had opened and how well it did compared to the sales forecast. I would also ask more about why they chose a particular location and her ability to truly understand a site was always remarkable to me. Unfortunately, I think this intuitive ability to select profitable locations has become a lost art.

She Loved a Bargain in Business and Her Personal Life: Cheryl loved to shop, but it was always for a deal. She loved to play the “guess how much I paid for this game.” One of her “hobbies” was going to Marshall’s and finding items that she could buy at a great price and then reselling them on Ebay. It wasn’t about the money. It was the sport.

This translated into her business life. She always negotiated in good faith and if she could come to a value that she thought was a good deal whereby her company or the franchisee would have a reasonable probability of having a successful location, she proceeded. If not, she would politely walk away and explain that the site just doesn’t pencil. She had an innate understanding of value. For Cheryl, it wasn’t about just getting stores open, it was about making sure she was doing quality work that would have positive results for those that employed her.

She Loved Dessert: I am virtually positive that every meal I had with Cheryl included dessert. This is something that I found was not unique to me. She was the master of persuading her friends to also order dessert. Sometimes it was just so she could have a bite and other times it was so she could indulge. In some ways I wonder if this was ironically a way for all of us to remember the sweet times we had with her.

She was Loyal: There are very, very few tenant real estate managers that have been both in the business for 30+ years AND worked for 3 companies or less during this time. She had tons of opportunities. She was actively recruited by other retailers and developers. But for her the act of potentially leaving an employer was a challenging and painful decision. In my opinion, she felt that leaving an employer when the employer was treating her fairly was just not the right thing to do. She recognized that her loyalty was frequently rewarded over the long term. It was rewarded by avoiding downtime looking for a job, but also in her understanding her environment, as well as the flexibility that she was frequently afforded because of this loyalty.

Ask any of her friends and I believe they will say that she was also a loyal friend. I know of a number of people that have gone to Cheryl at a time of personal distress to share their secret and gain comfort. I know she treated the discussion with discretion, compassion, humor, and warmth. Besides her parents, her brother, and her dog, her friends meant the world to her. She was such a great friend to so many including me.

She Didn’t Get to Enjoy Retirement: Cheryl lived a very full life, including travelling the world, but I know from my discussions with her that she was on the verge of retirement. Not only was she about to retire, but she was well prepared for retirement. In addition to earning a good income throughout the years, she prudently took advantage of her employers 401K programs and invested in rental properties. She was well positioned to take care of herself and enjoy her life for many years.

The fact that she and I had not spoken in a while had been on my mind. One of my first thoughts after hearing of her passing was “I should have called her more recently.” As a tribute to her, one of my goals for 2023 will be to make a list of friends and do my best to pick up the phone and call them in the first half of the year.

For those of you who knew Cheryl, I hope this tribute helped you recall some of your positive moments with her. For those who didn’t, as you sit down for Thanksgiving meals this week, I hope there is something that you are inspired to do in her memory.

(A memorial service for Cheryl is being planned for mid – January. If you want me to put you on a notification list, please reply to this blog or email me at brad@progressiverep.com and I will make sure you are notified).