Inland Empire’s Retail Vacancies are Highest in the Nation. Was it e-Commerce or Overbuilding? – The Press-Enterprise 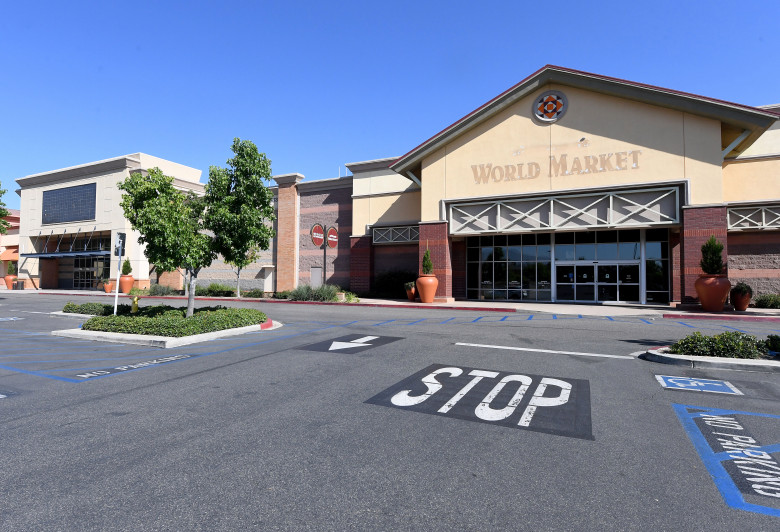 By Jack Katzanek, The Press-Enterprise

Blank storefronts, faded signage and row after row of empty parking spaces greet shoppers at The Crossings in Corona. The vestiges of Cost Plus World Market, Bed Bath & Beyond, Toys ‘R Us and Babies ‘R Us stare back vacantly, shuttered months ago.

In San Bernardino, the ghosts of Smart & Final and Factory 4 U are next-door neighbors. The same scene plays out at the Redlands Mall, once a popular destination that’s now a mostly empty shell.

A sign on the door at the empty Bed, Bath & Beyond in Corona reads “shop online,” perhaps an ominous foreshadow of the troubled retail scene now spread across the Inland Empire.

The high number of empty stores has pushed the region to an ignoble title: No. 1 in the nation for retail vacancies.

Brokers who work these properties say it’s not just about e-commerce domination.

“It’s about overbuilding, not under-leasing,” said Sandy Sigal, president and CEO of NewMark Merrill, which owns and manages retail properties in Riverside, Rialto and Ontario.

The region’s retail vacancy rate averaged 7.1% over a 12-month span, the highest rate among 196 major metros surveyed by CoStar, which tracks commercial real estate. More telling is the sheer volume of retail space here: The two-county region averages 41.8 square feet of retail space for each of its 4.6 million residents, almost double the U.S. rate, according to CoStar.

The rise of retail development over the past 15 years, Sigal says, can be tied to cities hungry for sales tax revenue.

Permitting came easily, he says, and shopping centers were built within minutes of each other, giving shoppers lots of options which in turn hurt sales volume for merchants.

“Some developers just look at white space and ask ‘Why isn’t there a shopping center there?’ ” Sigal said.

Bobby Spiegel, president and CEO of the Corona Chamber of Commerce, said people in different professions want to solve their own issues. Developers want the land they can build on, and retailers want locations.

He disagrees with the notion that retail vacancies evolved from overbuilding.

“I believe it’s just that shopping habits have changed so considerably since they came up with the idea of two-hour delivery,” he said. “I talk to people who call and tell me their favorite store has closed. I ask them if they shop online and they brag, ‘Oh yeah, we get four or five packages delivered every week.’

“That didn’t happen a few years ago,” he said.

Retail vacancy is still improving from double-digit recessionary highs seen in 2009-2010. A quarterly report from CBRE measuring retail centers with at least 50,000 square feet placed the region’s vacancy rate at 8.2% in the first quarter, down from 8.3% in the previous three months.

Unlike Orange and Los Angeles counties, the Inland Empire attracts relatively few tourists, meaning its retailers depend on local consumers to fill their stores, CoStar said. And while the Inland Empire has shown consistent job growth, a lack of high-paying jobs has hindered significant spending power.

“There are no Fortune 500 companies in the metro, and few major corporations are headquartered in the two-county region,” Co-Star Group stated. “Many tech companies have instead favored coastal markets in Southern California.”

The retail vacancy rates in the western counties ran 4.4% in Los Angeles County and 3.7% in Orange County, both under the national average of 4.5%, CoStar reported.

Fewer vacancies in coastal counties were reported despite rents of $32.13 per square foot in Los Angeles and $32.84 in Orange County, significantly higher than the Inland Empire’s $21.75.

The report expects Inland vacancies to drop to 6.7% in the next 12 months as new retail projects come online in cities such as Rialto and Indio. CoStar also pointed to retail in Jurupa Valley and Beaumont, two cities that were targeted because of their strong population growth.

“There is so much pressure to build, and a lot of is based on governments because it offers a sales tax advantage for cities,” said Brad Umansky, president of Progressive Real Estate Partners. “We are clearly in a market where we have more retail than we need.”