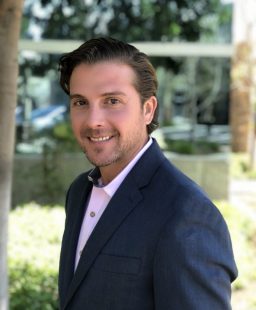 Paul Galmarini specializes in the leasing of high quality retail projects and working with expanding retailers that can benefit from his outstanding relationships and in-depth knowledge of the Inland Empire and San Gabriel Valley retail real estate markets. Demonstrating his success, he has consistently won the prestigious CoStar Power Broker Award* over the past decade.

Paul actively represents multiple retail developers, restaurants and retailers. He has represented Ralphs Grocery and Macaroni Grill in the disposition of their excess property. Additionally, he has represented and advised local college districts in the strategy and execution of their real estate objectives. He has extensive experience working on ground up developments including managing the lease-up of Target and Walmart outparcel developments in San Dimas, Ontario, Hesperia, and Perris.

Paul joined Progressive in 2008 and was the first member of the PREP team. His diligent work ethic combined with his positive attitude has created outstanding results. He began his retail real estate career in 2007 working at RBI Retail Brokers in Riverside where he learned the basics of retail real estate; including both landlord and tenant representation.

Paul is fluent in French and Spanish. He lives in Rancho Cucamonga with his wife and two children.