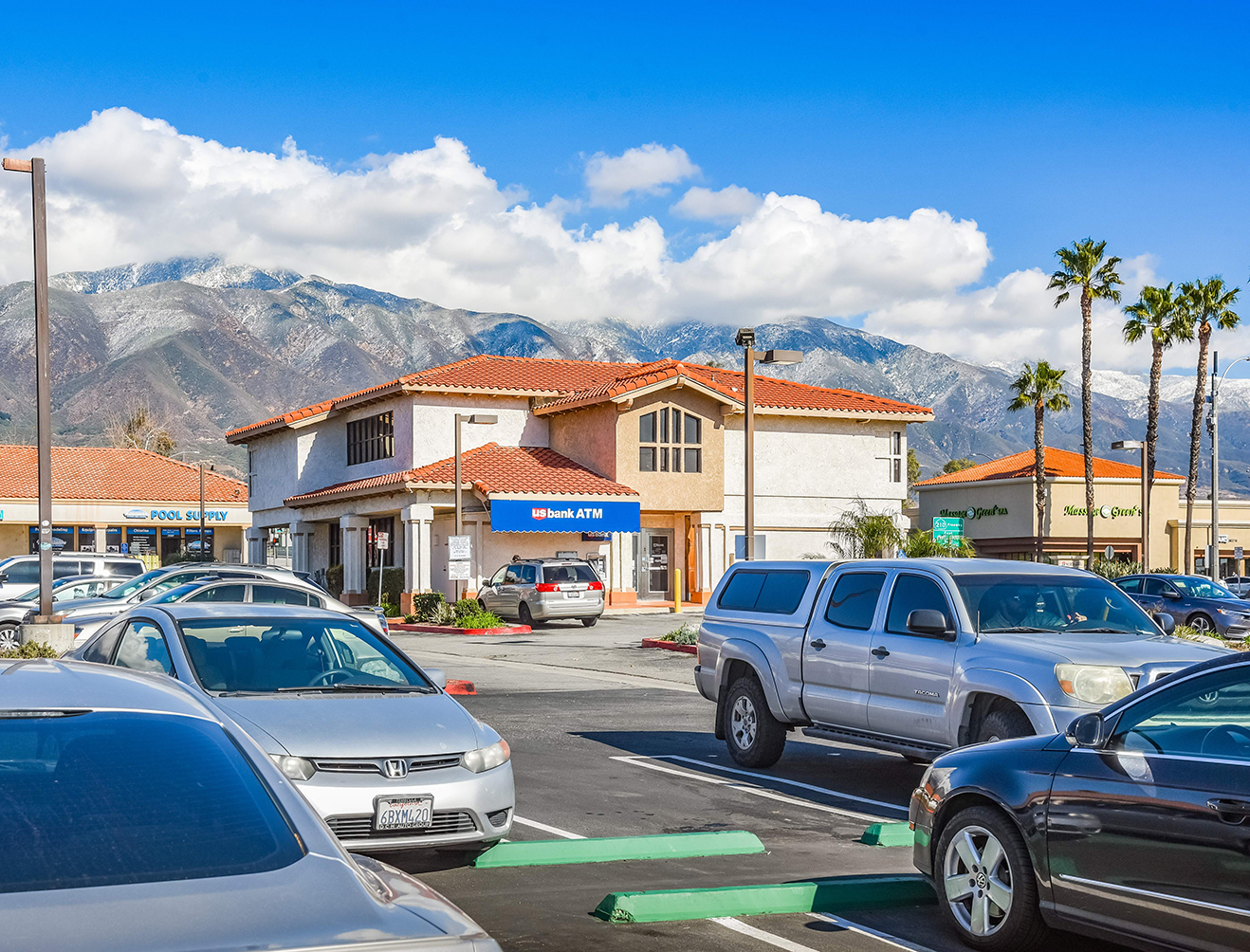 Rancho Cucamonga, CA –  June 24, 2021  – Progressive Real Estate Partners, the leading Inland Empire retail real estate brokerage firm, announced today the sale of a single-tenant US Bank located at 6644 Carnelian Street in Rancho Cucamonga, California.  The property sold for $3,265,625 ($763 psf) in an all cash transaction.  The long-standing bank is ideally situated just off the 210 freeway at the busy 19th Street and Carnelian Street intersection across from Vons, Sprouts, Walgreens and Rite Aid.

Originally built as Pomona First Federal Bank in 1979 the location was acquired by US Bank in 2008 and has operated continuously as a bank for the past 42 years.  US Bank is the nation’s 7th largest bank in terms of total assets and has over 3,000 branches and more than 4,700 ATMs primarily in the Western and Midwestern US.  This 4,278 sf Rancho Cucamonga branch is a top performer with deposits well above US Bank’s California average.  In 2020 during the pandemic the bank committed to an additional 5-years of lease term.

The bank is located in one of the Inland Empire’s wealthiest and most established trade areas with an average household income of $114,053 within a 3-mile radius.  The bank is part of a neighborhood shopping center that is home to a variety of food and service users including Western Dental, Starbucks, Juice It Up and Flame Broiler.

According to Bedell, “We were able to procure an all-cash local buyer who understood the property and its excellent attributes which was especially important due to the relatively short 4 ¼  years remaining on the current lease. Further demonstrating the strength of this single tenant bank with a short term lease is the 5.14% cap rate which is a market leading rate for this type of asset”.

He added, “This sale also reflects a growing trend of Inland Empire properties being acquired by Inland Empire investors instead of Los Angeles or Orange County based investors. This trend illustrates the increasing wealth and financial sophistication of the Inland Empire”.

Progressive Real Estate Partners (PREP) is a boutique commercial brokerage firm headquartered in Rancho Cucamonga, California. Founded in 2008, the firm specializes in the leasing and sale of retail properties in Southern California’s Inland Empire. The firm is also the exclusive Inland Empire representative of the Retail Brokers Network (RBN).   Since the firm’s inception Progressive has completed over 1,200 lease and sales transactions valued at more than $1.8B in over 35 cities throughout the region.  Progressive uses the latest marketing and brokerage techniques to help retailers and property owners achieve their real estate goals.